Collins brought Mr. Atticus Benning his evening injection.  He swabbed his skin and inserted the rejuvenating fluid into his veins.  Atticus, being a man often in the spotlight, could not help but dramatize both his shock at the injection and delight at the receipt of its contents.  He sank back into his leather armchair, eyelids fluttering closed, and a faint smile blooming.

“Will there be anything else, Mr. Benning?” Collins asked.

With a distracted hand, Atticus waved away the valet and enjoyed the sensation, whether psychosomatic or legitimate, of feeling his heart beat stronger and his skin tighten.  “Eternal youth,” he purred to the empty room.  But what if the injections stop?

The next morning, he called his attorney and a half dozen connections who owed him favors.  He would ensure the injections would continue indefinitely . . . at least for those who could afford it.

“Compulsory?!” Paul sat aghast.  “Atticus, even I don’t think we can convince a majority in Congress to consider this.  There are ethical issues at hand.  Many of our friends run on a platform of moral authority.  The moment the opposition gets hold of this, the spin will destroy our whole party!”

“Spin it right back at them.” Atticus leaned forward toward his colleague across the restaurant table, the server quietly sweeping away dishes before his tie could be dressed in hollandaise.  “What’s more just than ensuring elderly people don’t die?  Add in a loving grandmother image and a message of patriotic duty, and they’ll be lining up to help.  Hit the college campuses, the high schools, just like military recruiters, but unlike war, no one will be dying.”

Paul considered it, his own hair beginning to turn gray.  The injections had begun to sound tempting, but at the current price, he couldn’t afford more than one a month, certainly not the daily doses Atticus was said to enjoy.

“I’ll see what I can do.  Perhaps we could convince clinics to pay them as we do for other blood transfusions.”

Atticus said, “Precisely.  I like the way you think.  Encourage Congress to open more clinics, and increase the payment by, hm, what’s the going rate for healthy blood sent to hospitals?”

“They pay donors around fifty to a hundred, sometimes more for repeat visitors.”

“A pint?” Atticus sprayed a bit of his scotch before regaining his composure.

“I know,” Paul said with a sour taste, considering how much he paid per cubic centimeter. 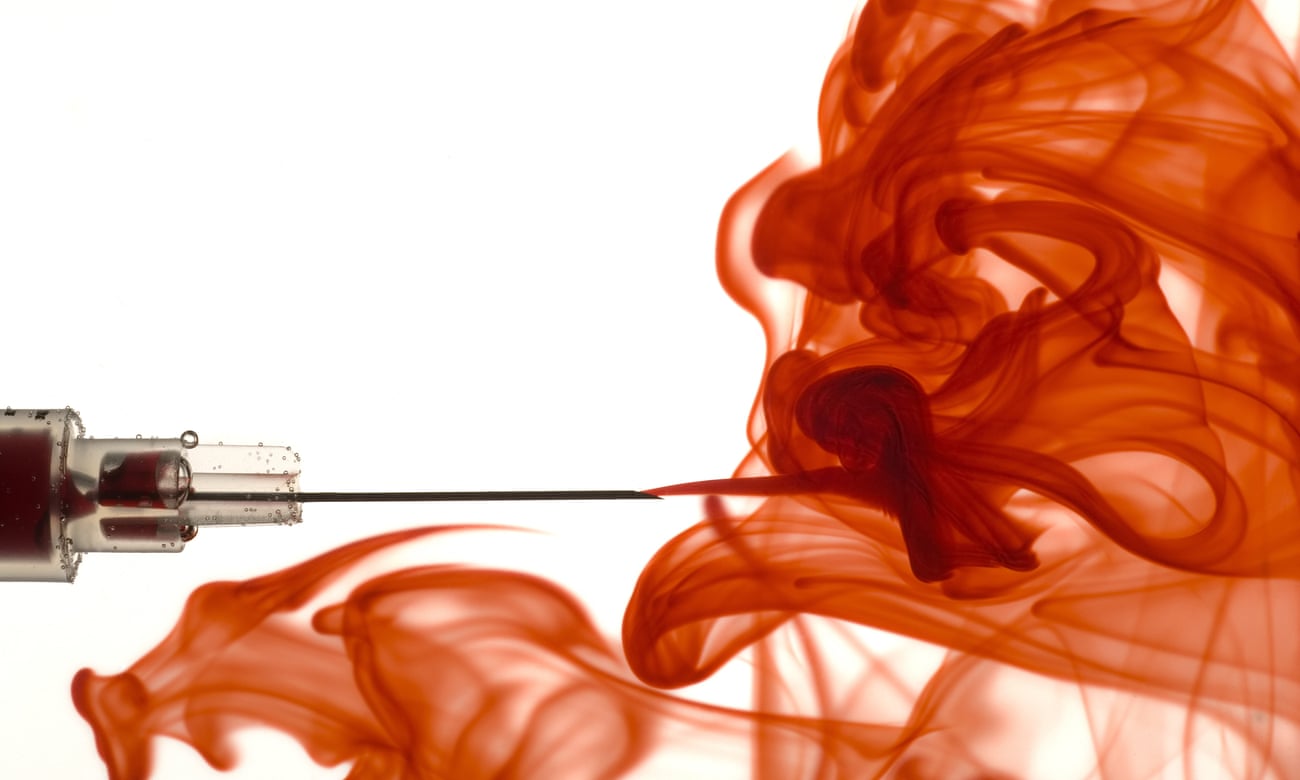 The papers gave contrasting headlines depending on who owned them.  Across most media, headlines praised the push by Senator Paul Ramsey to institute new compulsory blood donations of all healthy, young Americans between the ages of eighteen to twenty-five.  “With new medical science improving the lives of all, we have a moral obligation as citizens to ensure everyone can achieve a long, healthy life free of the ill-effects of aging.  Uncle Sam needs its most able men and women to donate monthly.  Not to end lives, but to save them!” read the frequently printed quotation.

The smaller papers and opposing media proclaimed him a vampire and spoke of the wealthiest people sucking the lifeblood of the young.  Atticus already worked on ensuring those outlets were acquired by more favorable shareholders.

The phone rang.  Collins answered it, and brought it to Atticus.

“Mr. Benning, this is Margaery Transon. We met at the Vice President’s ball last week.”

She went on in a shaky voice, desperation increasing as she told him of her need.  Her need for blood, and her limited funds, now that the going rate had risen.

“Well, I might be able to give you what you require.  What assistance are you willing to offer me?”

[Inspired by this article from The Guardian]

One thought on “New Drug”